What is artificial intelligence, and what are its key components

1.How has artificial intelligence been developed over the years, and where is it headed in the future?

Just like any other field of study, the development of artificial intelligence has been marked by a number of milestones. One of the earliest instances was in 1956 when John McCarthy coined the term “artificial intelligence” and organized the Dartmouth Conference – an event that is widely regarded as the birthplace of AI.

Since then, there have been countless advances in both theoretical and practical applications of AI. In particular, over the past few years, there has been a surge in interest surrounding machine learning and deep learning – two subsets of AI that deal with teaching machines how to learn from data and make decisions accordingly.

2.How is artificial intelligence being used currently, and what are some potential applications for the future?

Some of the key areas where artificial intelligence has a major role to play include:

3.What ethical considerations are there with artificial intelligence, and how should they be addressed?

The ethical considerations with artificial intelligence are vast and varied. Some of the most pressing issues include how much control should AIs have over humans, what happens when AIs become smarter than humans, and how to ensure that algorithms do not perpetuate existing biases. Many of these questions are still being hashed out, and it will likely be many years before any sort of consensus is reached. In the meantime, it is important that we continue to discuss these issues and work towards finding solutions that are fair for everyone involved.

AIs have already begun to play a role in our lives, and as they become more sophisticated, their impact will only increase. It is therefore essential that we take into account all the potential implications of artificial intelligence and how it might affect society as a whole. We also need to consider what ethical questions may arise from this technology being used in ways that have not yet been imagined or discussed publicly, such as controlling drones or even making decisions about human life.

4.Who stands to benefit from artificial intelligence development, and who could be harmed by it? 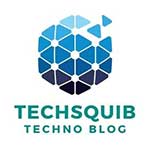 The New 5g Technology: What You Need to Know

How to Install Windows 10: A Step-by-Step Guide

Everything You Need to Know About Chatbots

How To Do A Digital Marketing Audit: The Ultimate Guide

What is SEO and How to Optimize Your Website